Join us for the 2020 International Climate Action Challenge Impact Summit! Meet the challengers and find out how to make a huge eco-impact fast. FREE

098: Ashlee Tate – Creating a Nonprofit or Business, and a Life You’ll Love 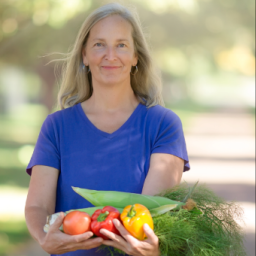 The best thing about organizing a team in your community is that you can have one-to-one conversations. In today’s episode we learn about the Belonging Revolution in Longmont, Colorado. In an interview with Dan Benavidez, we hear how he and Director of Public Safety, Mike Butler, are building community by walking neighborhoods with the simple message: You belong.

Dan Benavidez is a long time Longmont resident who has served his community in many capacities. From Mayor Pro-tem to board member of Teaching Peace, Eco-Cycle, Longmont Community Justice Partnership and many other organizations he has represented the Latino community with heart and commitment. These days Dan is literally walking his talk about building strong, cohesive communities by walking Longmont neighborhoods with Director of Public Safety, Mike Butler as they venture to grow “The Belonging Revolution”.

Mike has served Longmont for two decades as Chief of Police and now Director of Public Safety. He makes a habit of engaging innovative strategies for connecting “public” and “safety”. His latest innovation is to be an ambassador for Belonging in Longmont. The city’s slogan is, “You belong in Longmont”, and these two are bringing that notion to life.

Longmont, Colorado:
Population 100,000
Approximately 30% Latino population, many foreign-born Mexicans
Many come from places where the police and politicians are corrupt.

July 2014: Mike Butler reached out and asked Dan Benavidez to take a walk in the neighborhood.

Now, Dan and Mike go out and walk neighborhoods in Longmont most Sundays.

Typical interaction:
Residents are out working in the yard or on their cars, Dan says in Spanish, Hello, This is the Chief of Police and he’d like to meet you. Then Mike says the same in English and gives them his card. He tells them they belong in Longmont and asks how they feel. He then asks them if they would volunteer. A conversation ensues. Sometimes, they’ll be invited for a bite to eat. Dan takes a picture so they have something to share with their friends and family, showing that they know the Chief of Police.

Longmont: Lowest crime rate in the state of Colorado. Five years ago there was quite a number of gangs. Virtually no gangs now.

This didn’t happen because of Ferguson. It took off before that.

Spreading across the U.S…. so they really are starting a revolution.

They are taking the power right down to the people, where they are. They’re not asking people to come to a City Council meeting. Instead, they’re going where the people already are.

In addition to Mike and Dan, sometimes others will join them: Mayor, City Councilperson, Congressmen, County Commissioner. But the rule is, no politics. The goal is to bring the power to the people.

Mike asks, Have you ever had any interactions with the police? Has anyone ever stopped you? Tell me about it.

Advice to others who want to start a similar effort, around public safety or environment:
Go to the people. You don’t say come to an event out of the neighborhood. Go where they’re at. Don’t make them come to you.

Example: Did an initiative with Eco-Cycle. Had an event in the community, with the Mayor, food and information. Did not ask people to sign up. Results: Recycling increased 130%

Simple agenda:
You belong here. How’s it going? Having a conversation.

This demonstrates how having one-to-one conversations makes those deep connections.

To be notified of the walks or to read the notes from the walks, contact Dan Benavidez.

Discover how to launch and grow a green team in your community. Suggest a topic, get the free Green Team Quick Start Course and download the free Eco Film List at www.GreenTeamAcademy.com.

The time for action is now because there is no Planet B!